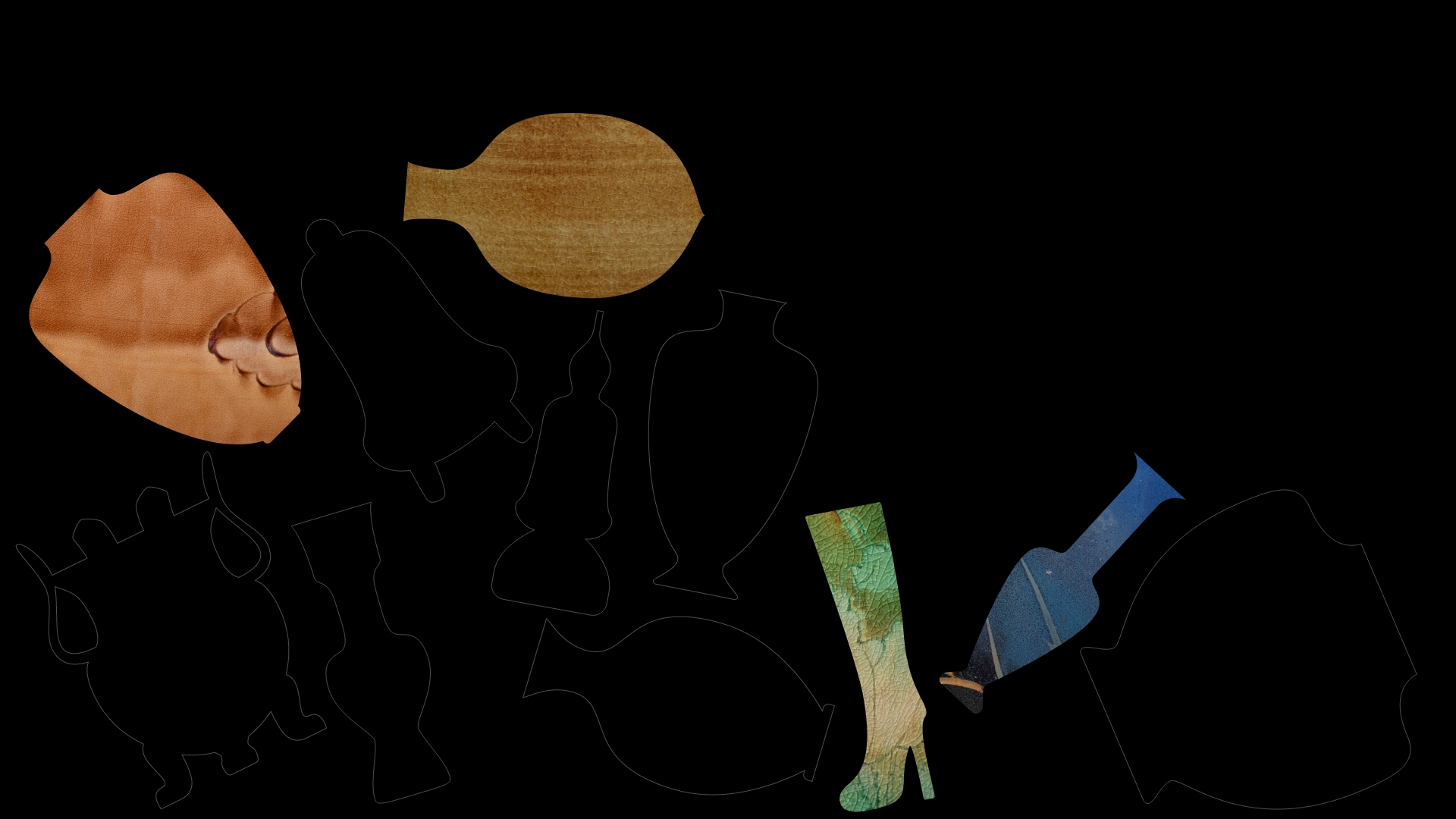 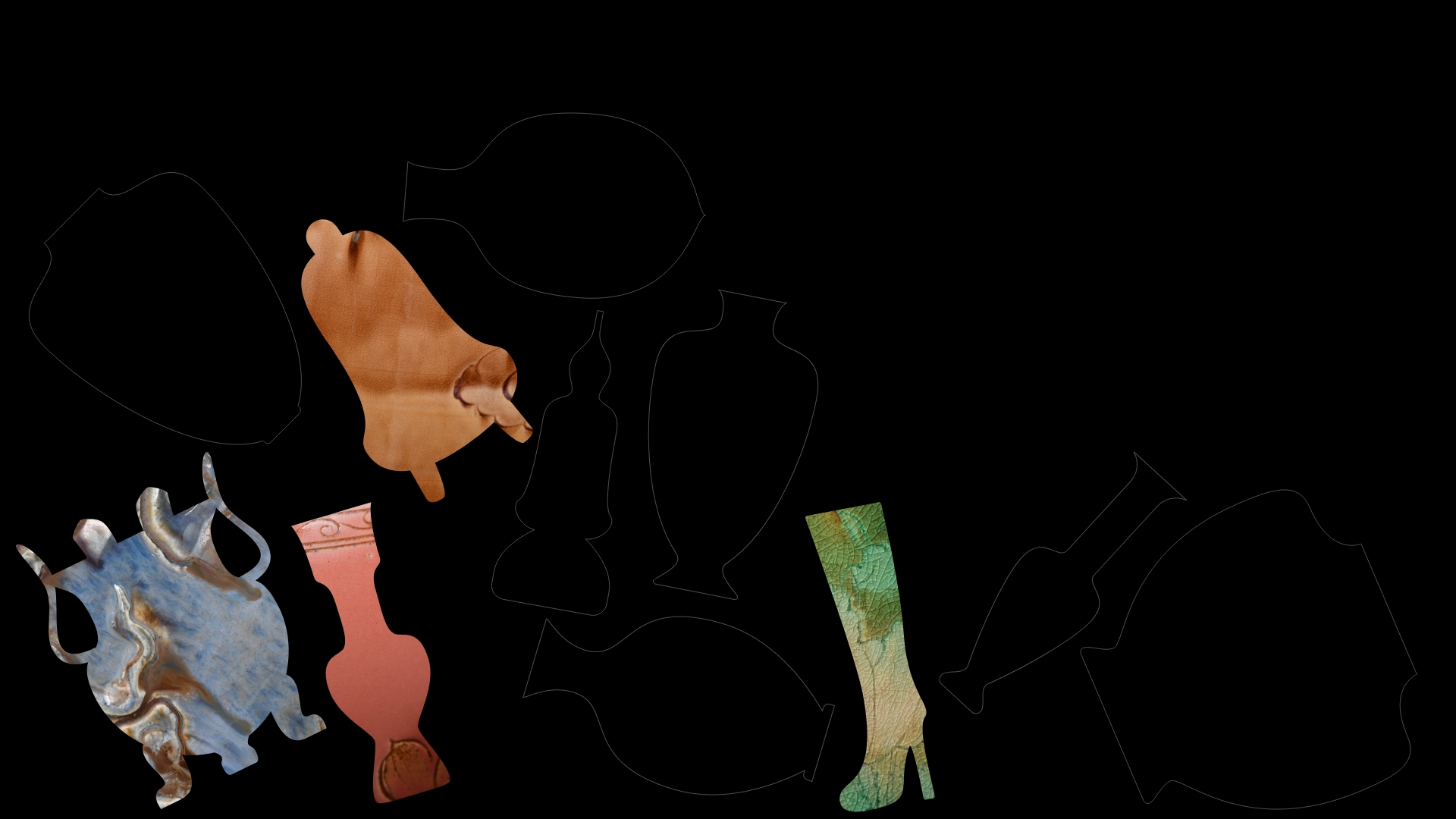 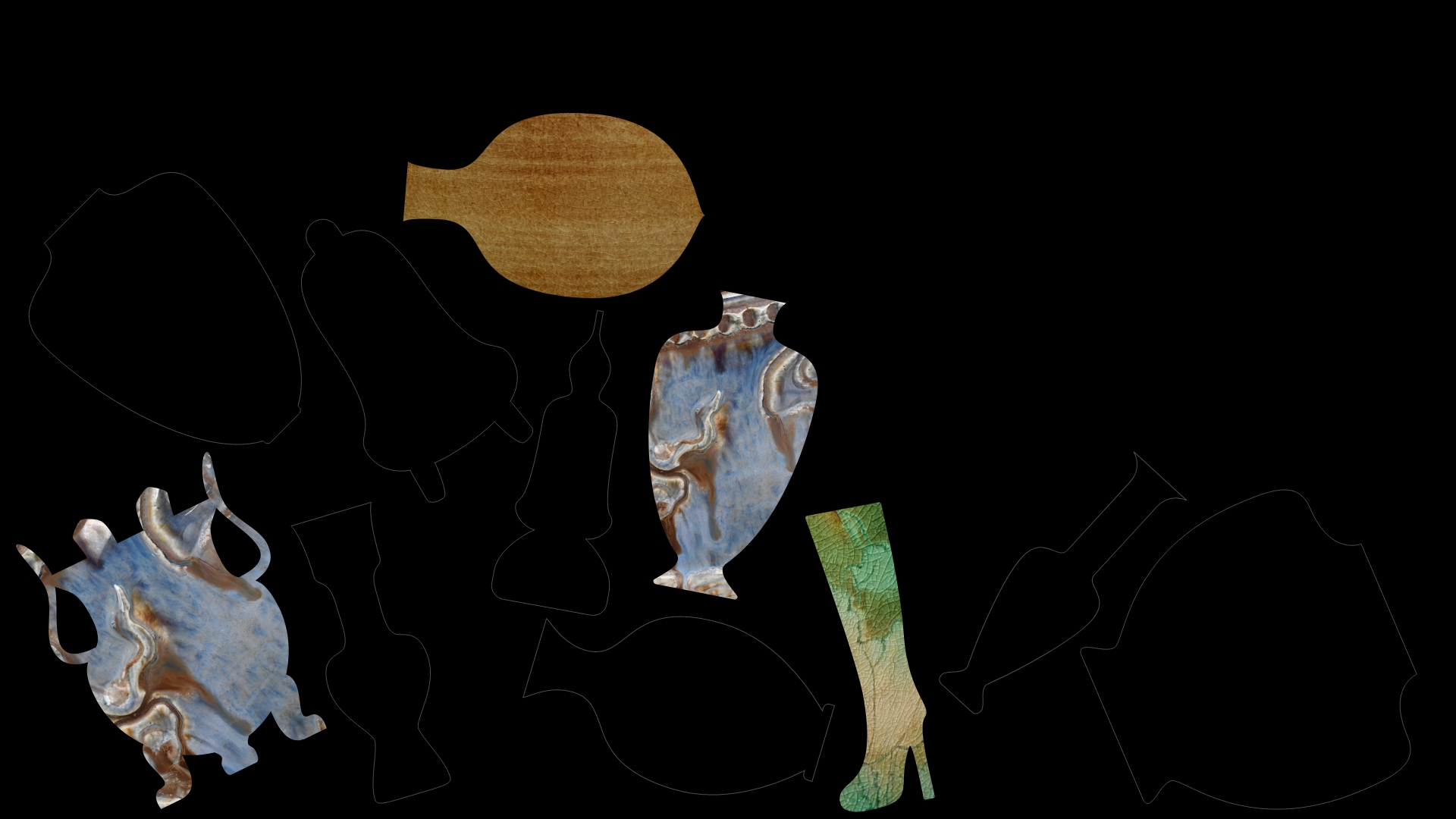 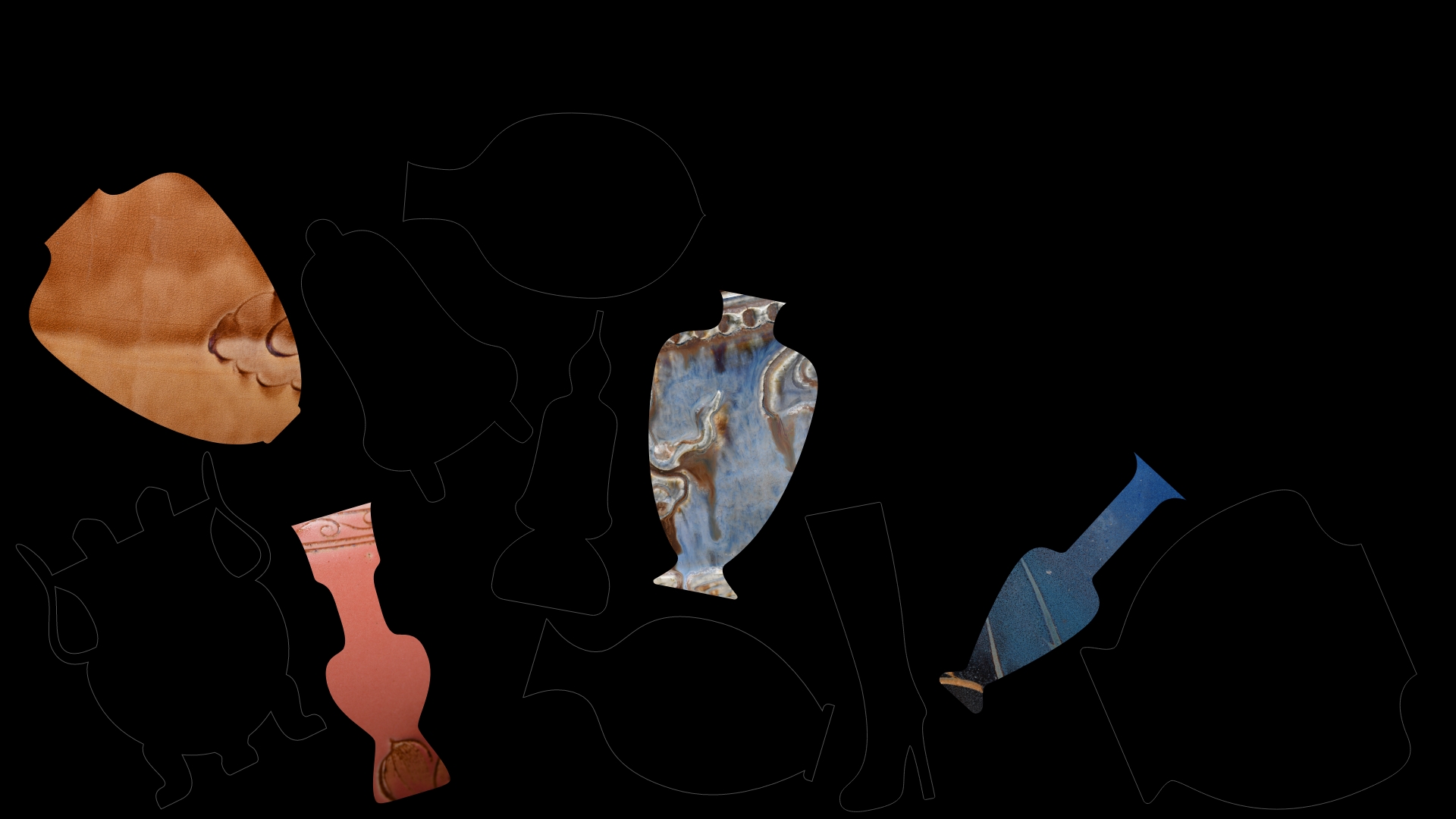 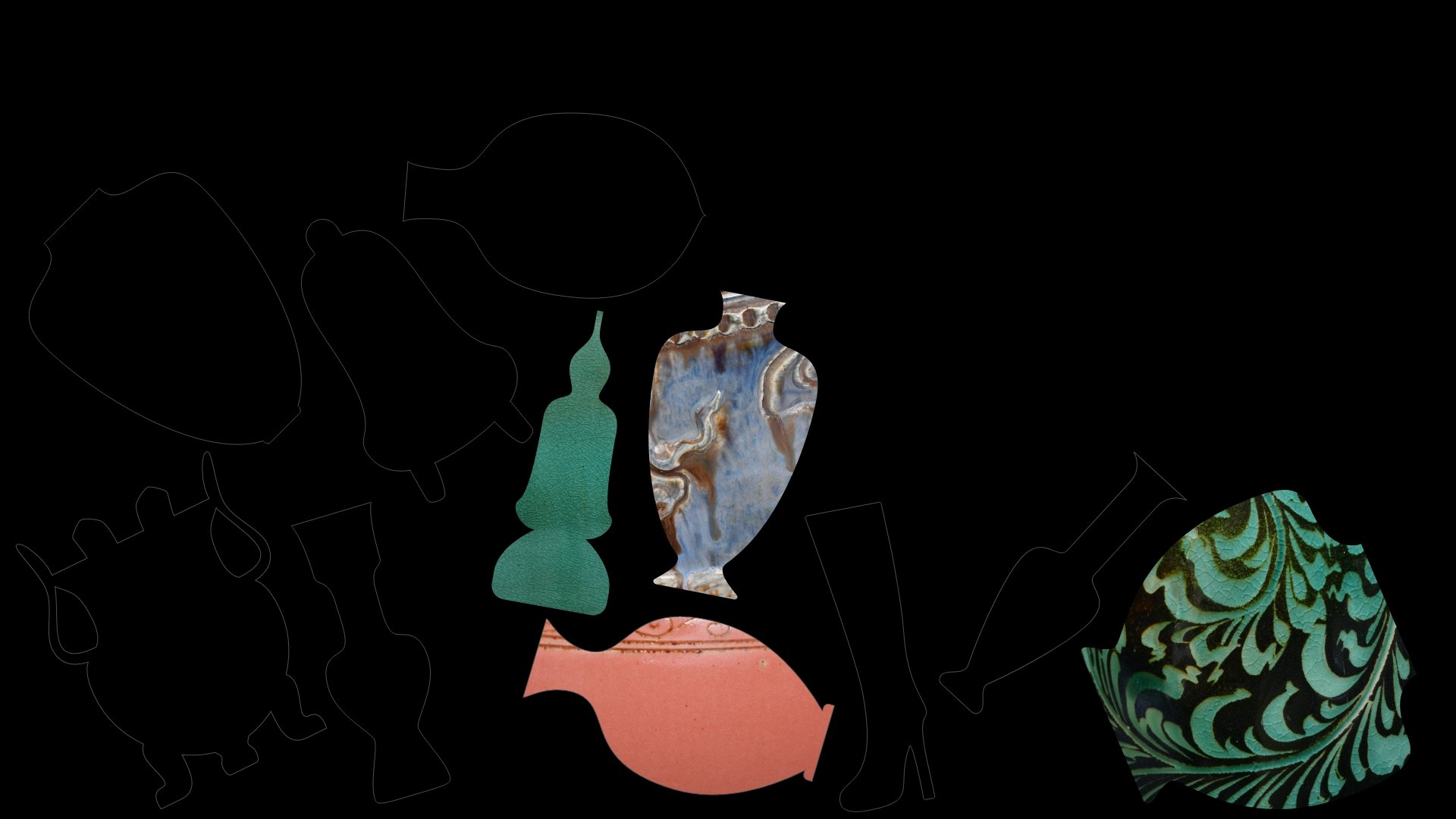 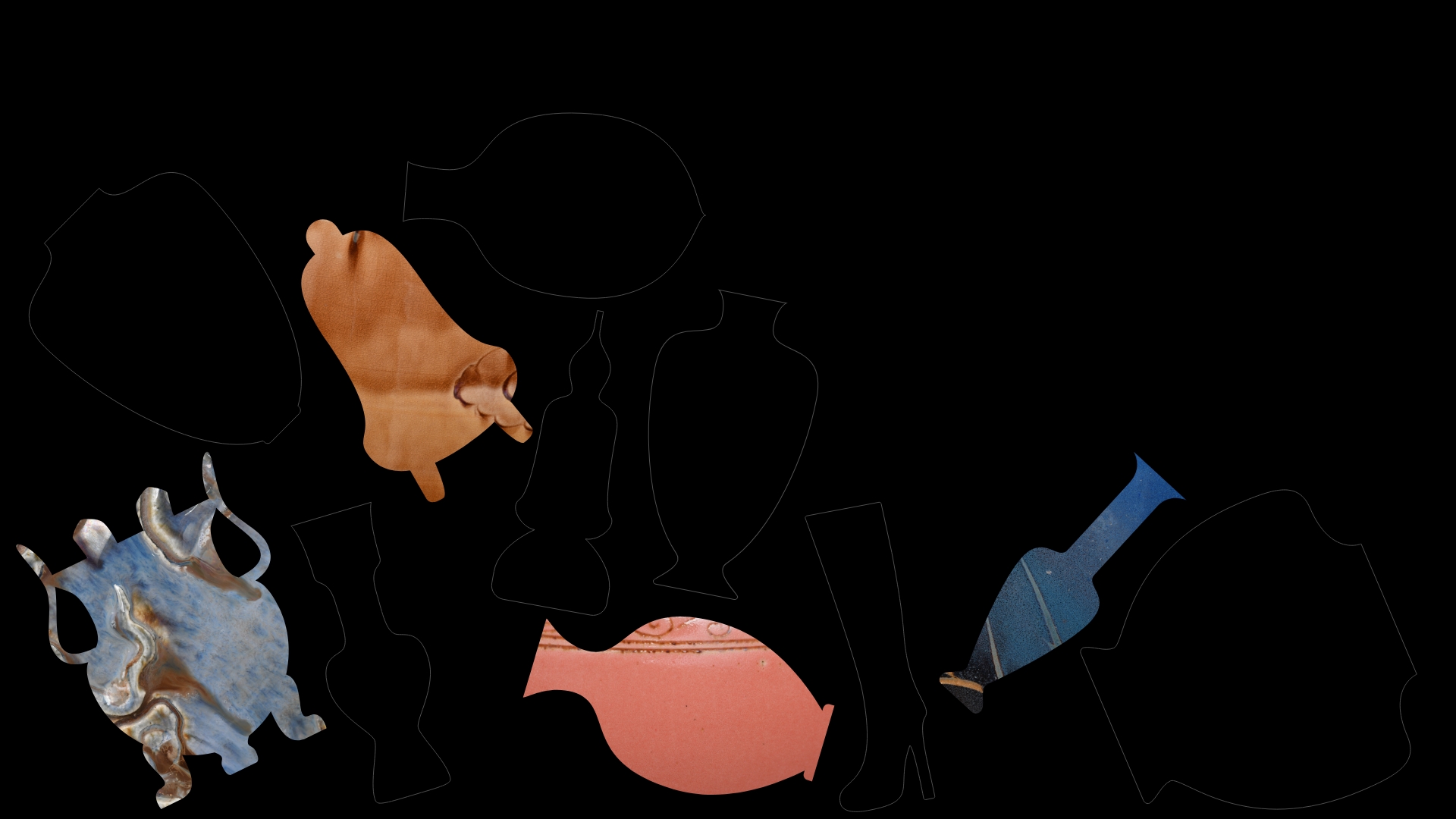 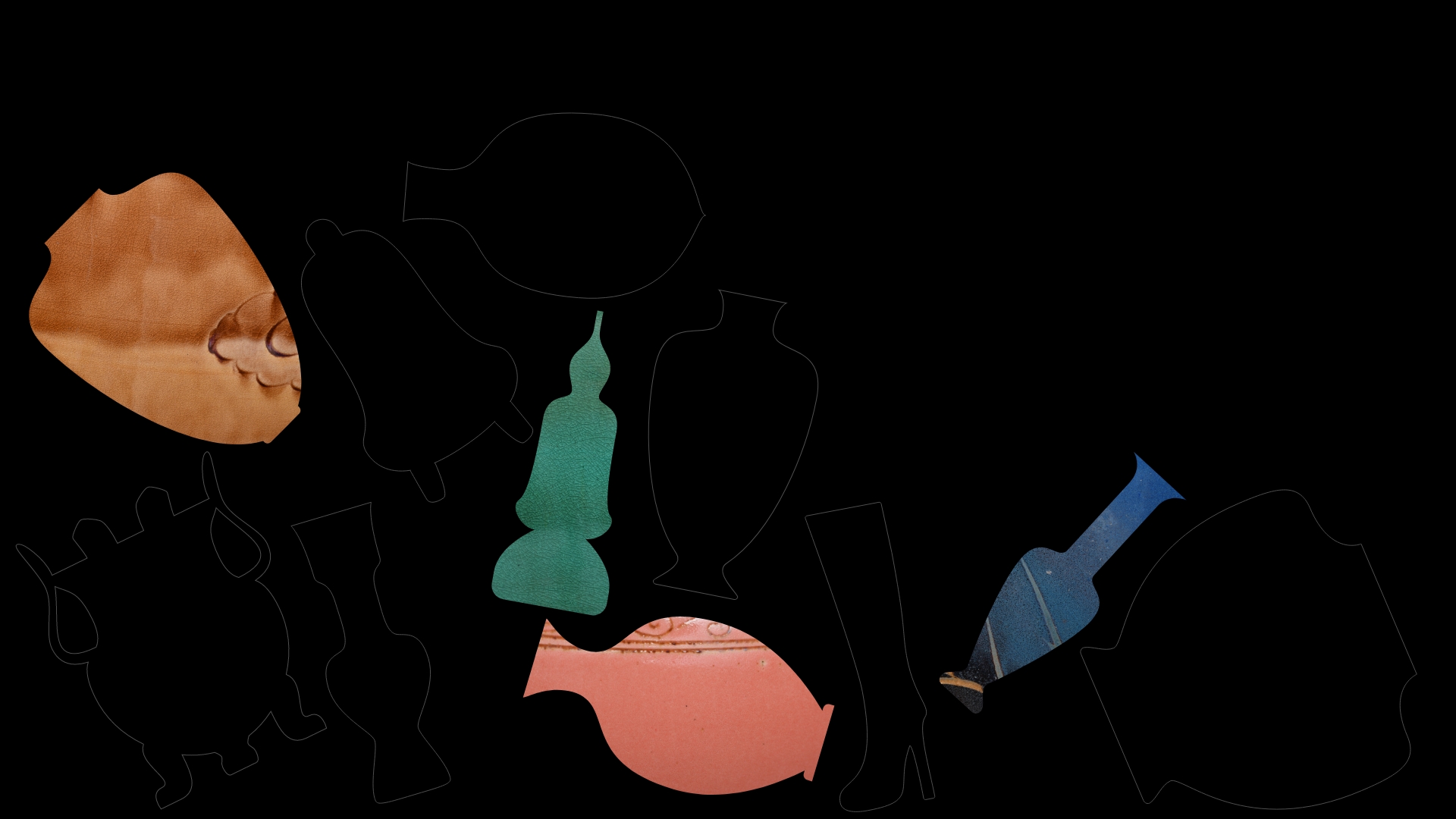 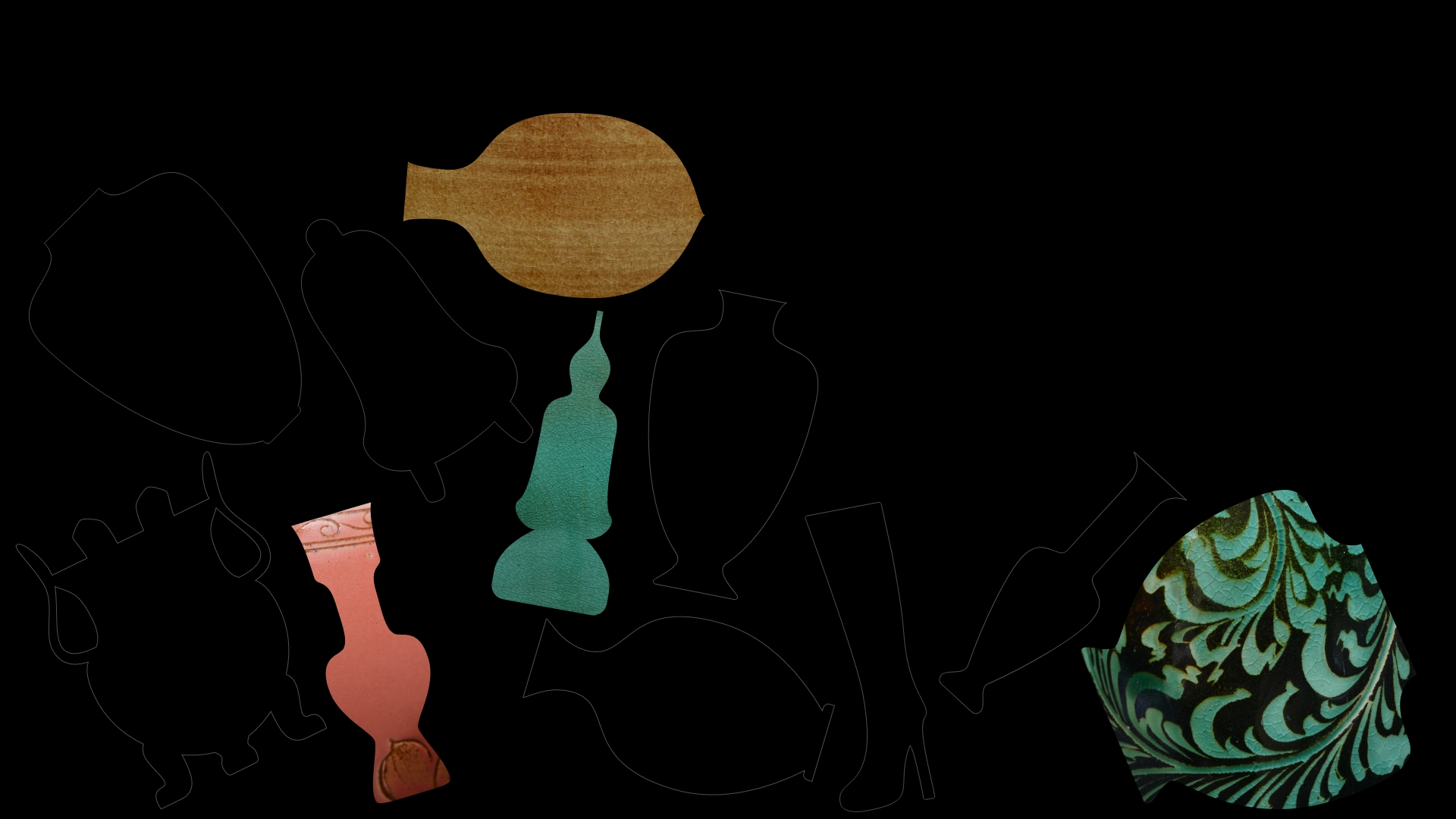 Artist Vu Duc Thang still feels like he owes his homeland something. He witnessed many visitors coming to the pottery village without understanding the history nor the unique features and value of Bat Trang’s pottery. The same applies to the younger generations in Bat Trang. For these reasons, Artisan Vu Duc Thang decided to institute a museum where he could narrate and teach the history of pottery in his own way.

A five-room wooden house with a tiled roof, gardens, miniatures, and arranged with miniatures and ceramic products – that’s the space that Elite Artisan Vu Duc Thang loves the most.

This space is the source of many creative ideas in his world of earth and fire. Artist Vu Duc Thang is busy directing the building works to renovate the premises, turning the place into a display space for the Vietnamese Soul Pottery Museum.

Thang commented: “Earlier this year, the Hanoi People’s Committee granted permission to establish a ceramic museum. The Scientific Council has completed the appraisal of the artifacts and products I have registered. We’re currently striving to complete the infrastructure to display and introduce the museum to the public. Hopefully, when coming to Bat Trang ancient village, tourists shall have an additional cultural address to learn about the precious history of Vietnamese pottery.”

Vu Duc Thang’s family has been teaching for many generations. Growing up, Thang attended Hanoi’s University of Industrial Fine Arts. At that time, the country was newly unified, the economy was challenging, and few agencies had the need to recruit people to do fine art. Unemployed, artist Vu Duc Thang returned to the village to make pottery without capital or a factory. However, his bad luck was to turn in his favor eventually. He recounts: “At that time, the cooperative was powerful; people mass-produced all kinds of ordinary ceramic products. I didn’t have a factory, so I couldn’t mass-produce. The only way for me was to do fewer pieces and focus on creating highly artistic works.” At the time, many considered Vu Duc Thang’s strategy a failure.

Finances were tough to come in and stretched extensively from job to job. Occasionally, customers came to buy a few vases and jars. But unlike others, his customers were all connoisseurs. No one expected a quick turnaround; that method soon shaped a particular style of ceramic art.

When the country innovated and cooperatives dissolved, people struggled to find markets and product directions, but Vu Duc Thang had already paved his path. His pottery studio was running smoothly. He targeted an audience that had an artistic mind and the financial means. His ceramic brand “Soul of Vietnam” quickly “went to the West” with products of high value.

He also received many awards and titles, including that of Elite Artisan.

Unlike many artists who focus on restoring ancient pottery, Vu Duc Thang often creates works inspired by ancient ceramics. They might take the shape of ‘classic’ vases and jars or partially adopt conventional motifs and drawings. Vu Duc Thang’s creations have a modern look and feel while maintaining alive the ancestral soul of Bat Trang village.

Vu Duc Thang creates unique works where he pours his whole heart into shaping, painting, and coloring enamel there. His pottery creations are found in the luxurious halls of large hotels, and in the collections of art lovers worldwide.

Among his artworks, there are two vases that “he won’t sell at any price.” One of these depicts the story of King Hung founding the country and Ly Thai’s establishment of the capital at Thang Long and the historic victories in the 20th century.

Despite his age and his 40-year-long career, Thang feels like he still owes his homeland when looking back. He recalls: “Bat Trang’s products are originally meant to beautify life. Unfortunately, the most beautiful and quintessential historical pieces are no longer in the village. Therefore, the new generations living here do not fully understand Bat Trang pottery’s value and beauty. It is necessary to show the public the rich history of the pottery village through the products.” Vu Duc Thang tinkered with Bat Trang antiquities’ repertoire to create a selection that helps understand the pottery village’s evolution. Finally, he asked the city for permission to establish a museum for non-commercial purposes, to fulfill this very desire.

Vu Duc Thang’s dream is soon to be realized once the museum opens to the public. Located next to the Bat Trang pottery market, the Bat Trang Pottery Museum is expected to become a prominent cultural and tourist destination along the Red River in this ancient pottery village. 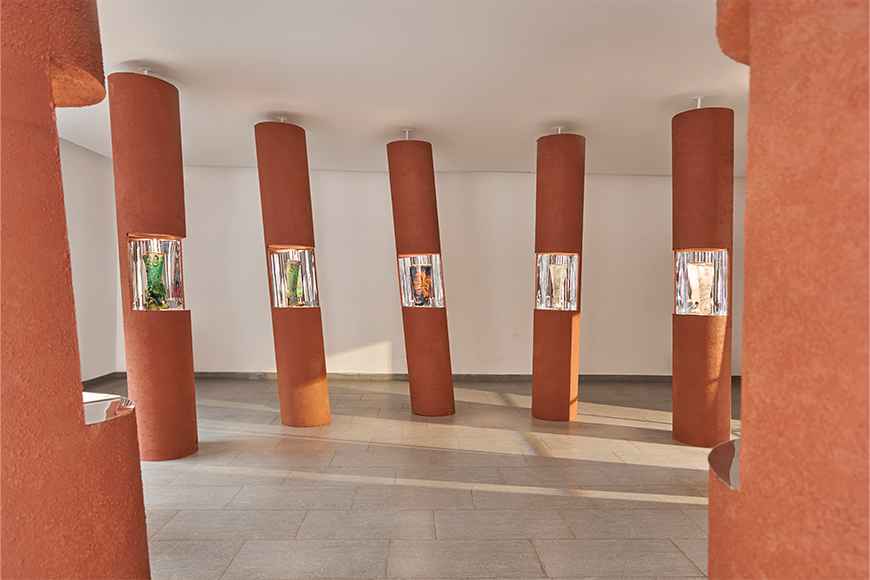 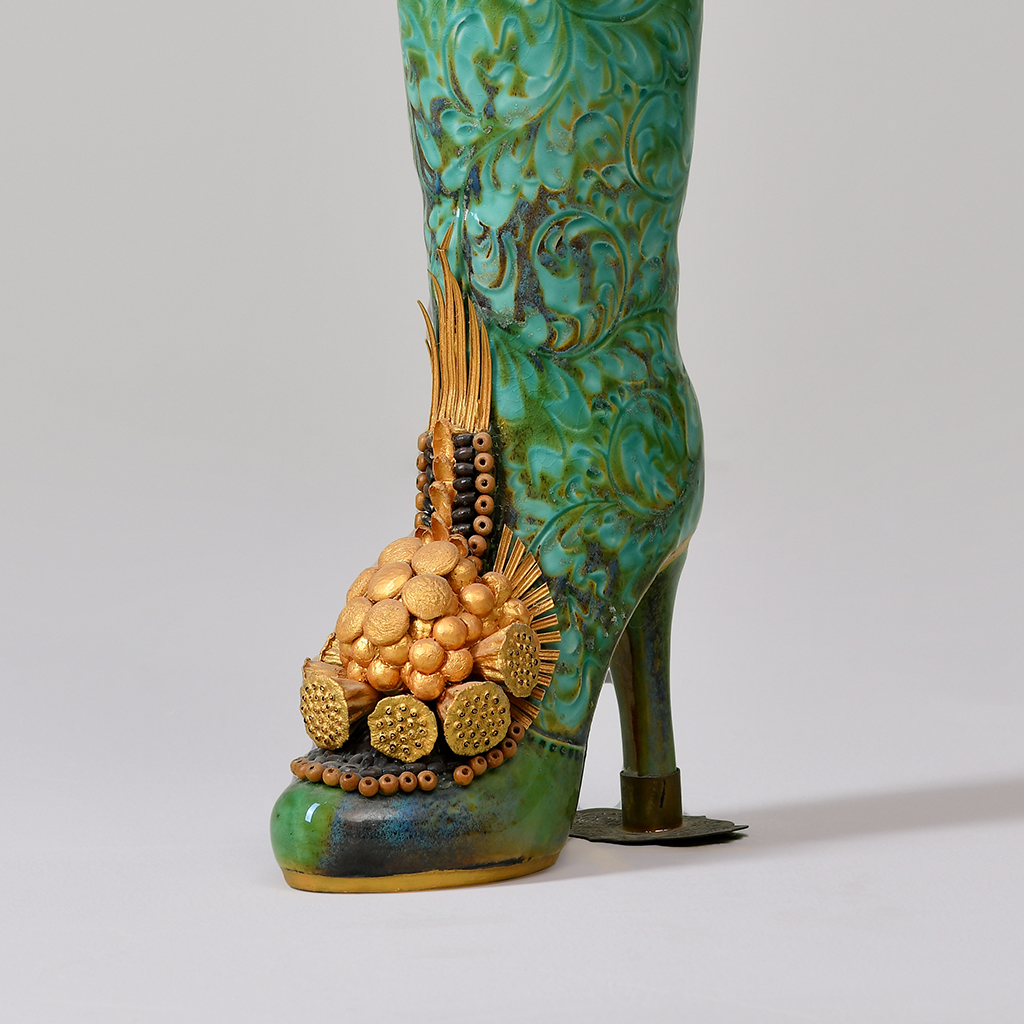 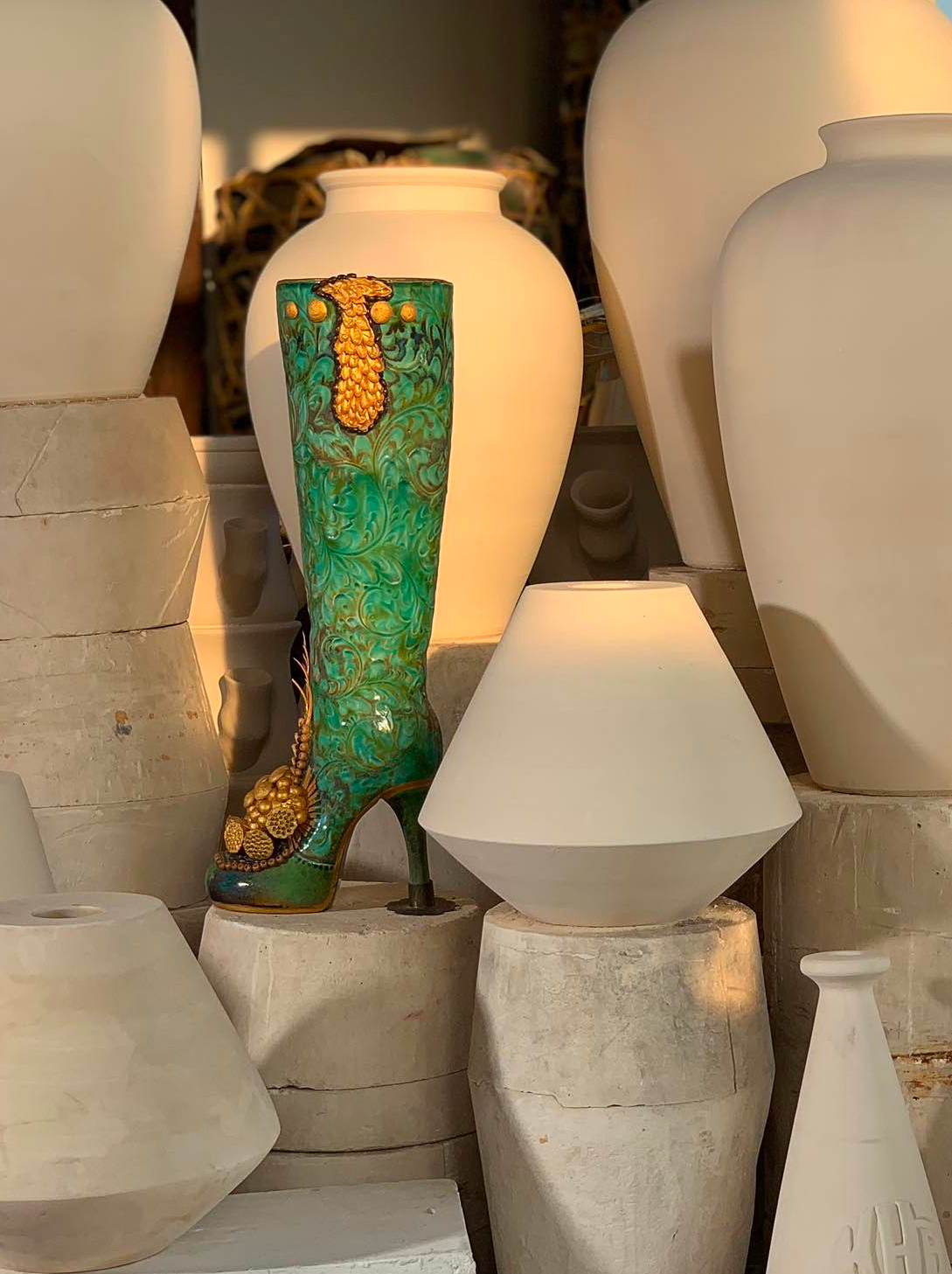 Exhibition “THE BÁT TRÀNG CERAMIC BOOTS. AN INSPIRATION FROM ITALY” 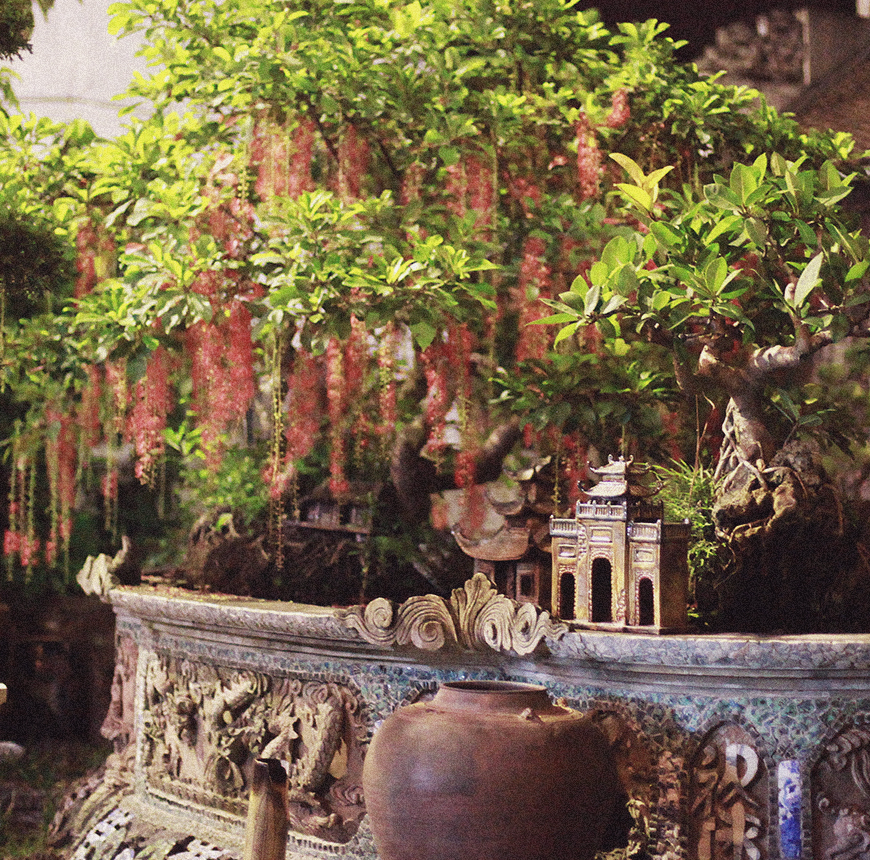 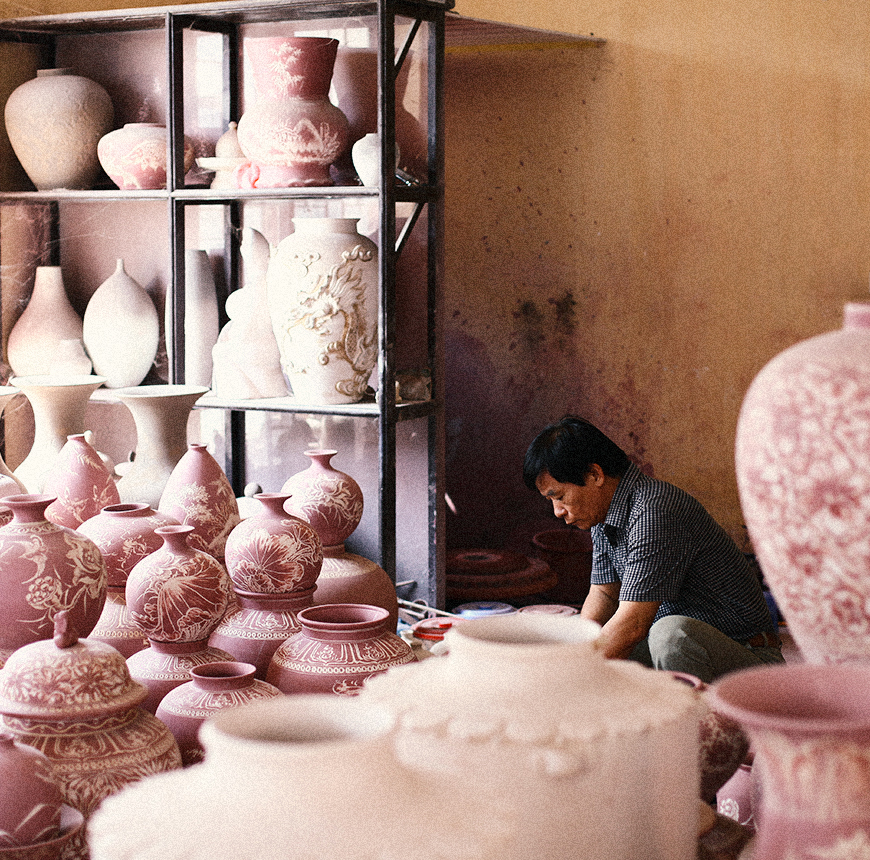